My little backyard greenhouse was something I dreamed about. Living in Central Texas we have hot hot HOT summers, but we do get the occasional freeze in the wintertime. For the last several years, succulents have become a passion of mine. I just love them. I spend my Springs and Summers planting, transplanting, trimming, and moving succulents ALL around our yard. 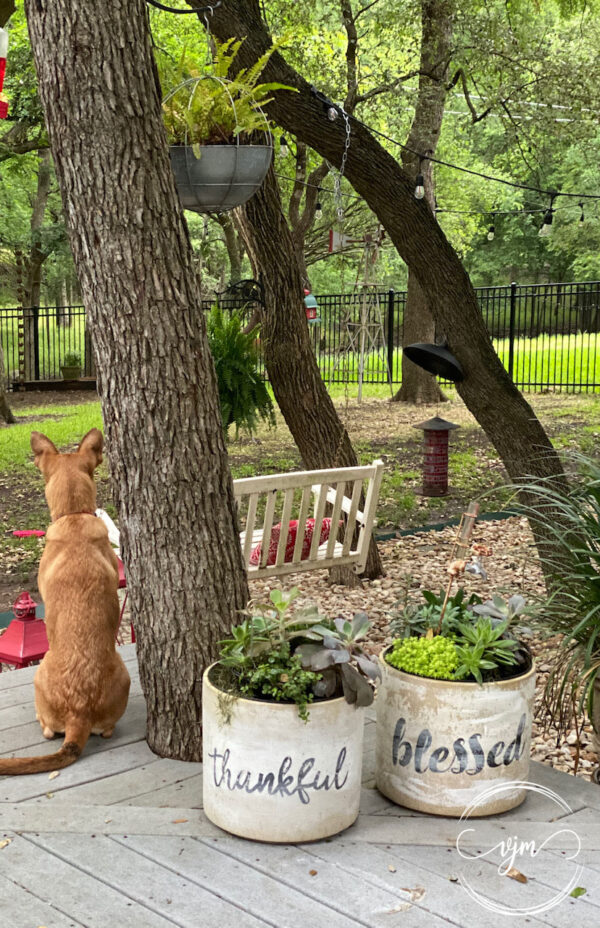 After about the 3rd season of moving our succulents into the garage when we would get that last-minute notice of a freeze, my husband and I agreed that a greenhouse would be just the ticket for our next project.  We have been married 10 years and when we have “projects” to do that require building something, his best friend Larry is always called in. Larry is a building genius and with his ability, my husband’s brawn, and my vision, our projects soon come to fruition.

Our backyard slants downhill so I was nervous about what building a structure would entail. There was, however a flower bed that had been built up and IT was level. Boom, that is where the greenhouse should go. 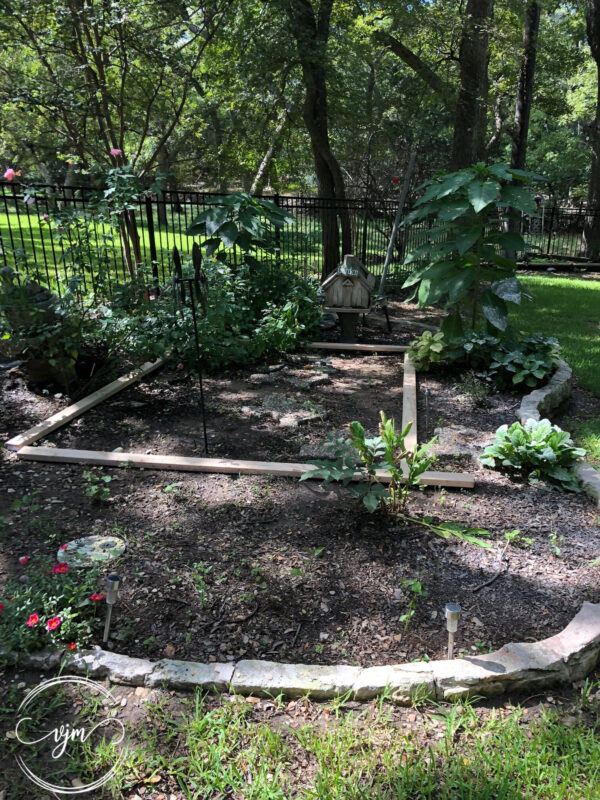 Larry always asks me to give him pictures to “show” him what I wanted. After all of my due diligence, this was my #1 first choice. This was a “kit” and I thought it was just darling. 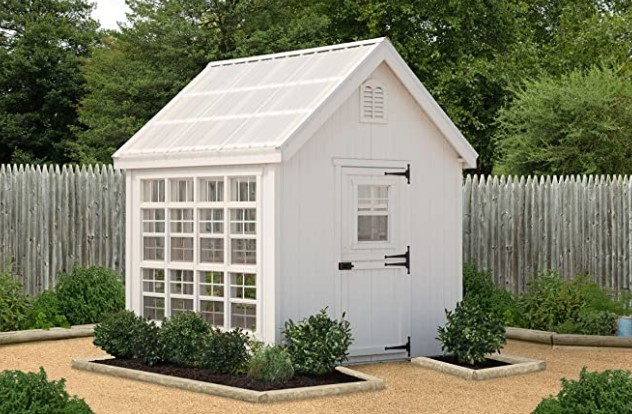 As cute as this was, it was simply not affordable for our budget. But it was a start. We measured the area and decided that an 8 x 10 foot structure would do great and we could center it in this raised bed area leaving a little room for small porch area. 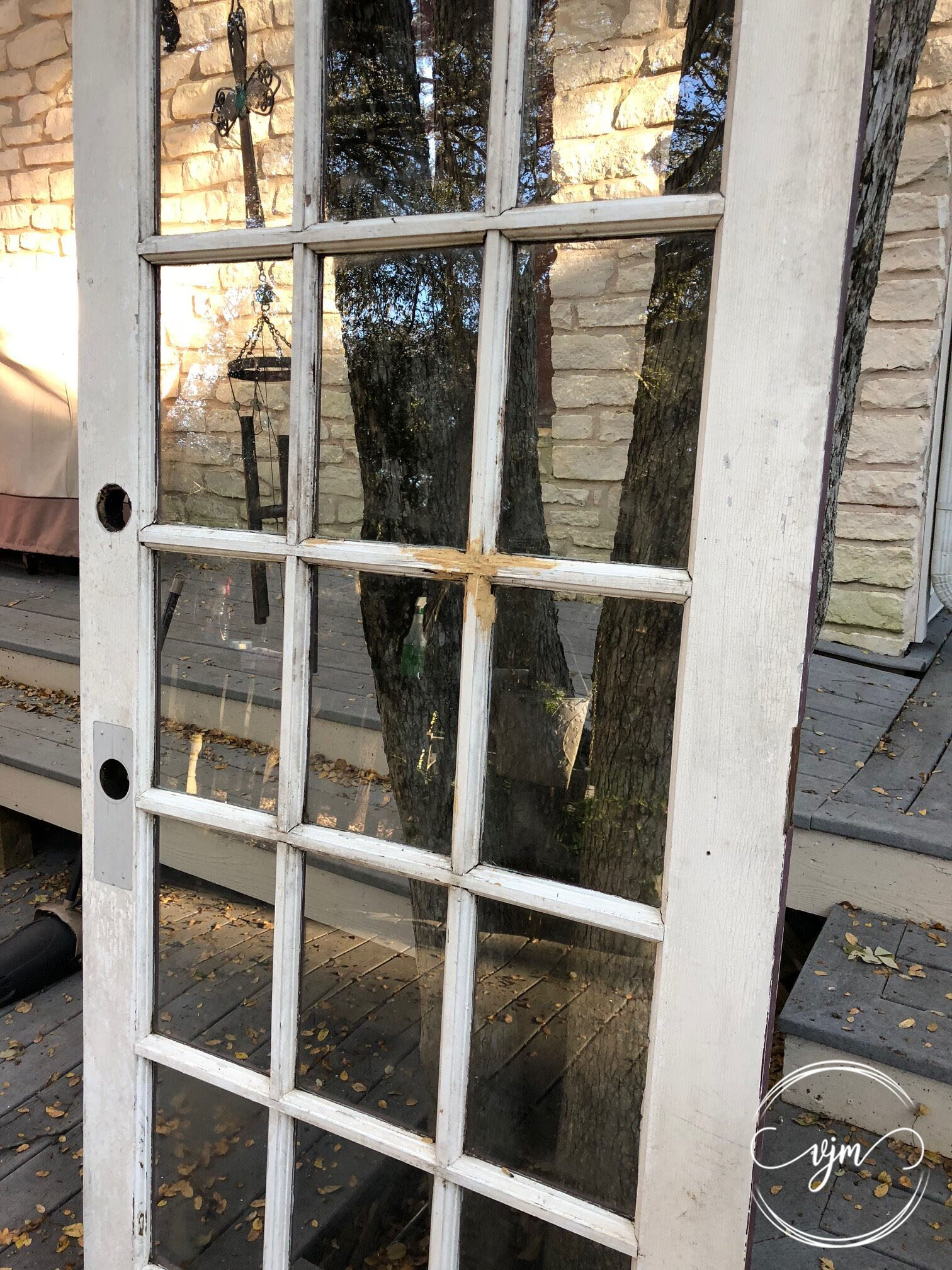 I copied all my wants and wishes for my greenhouse vision into a PowerPoint presentation for Larry and began the search for supplies.  I am a re-user, recycler, repurposer, on a big, big scale.  I rarely buy something brand spanking new.  Most of the things I want and desire for my home, I can get second hand.  The hunt began … Craigslist, Facebook Marketplace, Offer Up, LetGo, every app I could find, I searched for free or very low-cost windows and the window collection began. I found a free French door on craigslist, it was painted a hideous color, and had a bunch of defects, but hey, I can slap spackle and paint on that sucker, right? It was FREE!

When I am in the middle of an intense free search, I am the first to admit that I DO kind of go over to the dark side. Craigslist is indeed my preference as Austin has an unbelievable Craigslist.  Facebook Marketplace bothers me because the business posts are mixed in with the individual sellers. I do like that ads are connected with Facebook accounts so you can actually see who you are talking to and buying from. This might be a good time to mention that I am an experienced Craiglist shopper and I am the first to admit that it is not for the weak of heart. Many rules and cautionary measures are taken and I think I may write a post simply on the do’s and don’ts of online personal shopping because boy are there rules and cautions that need to be taken for sure.  Anywho, while looking for “vintage windows” I stumbled upon an ad for some vintage leaded glass church windows. 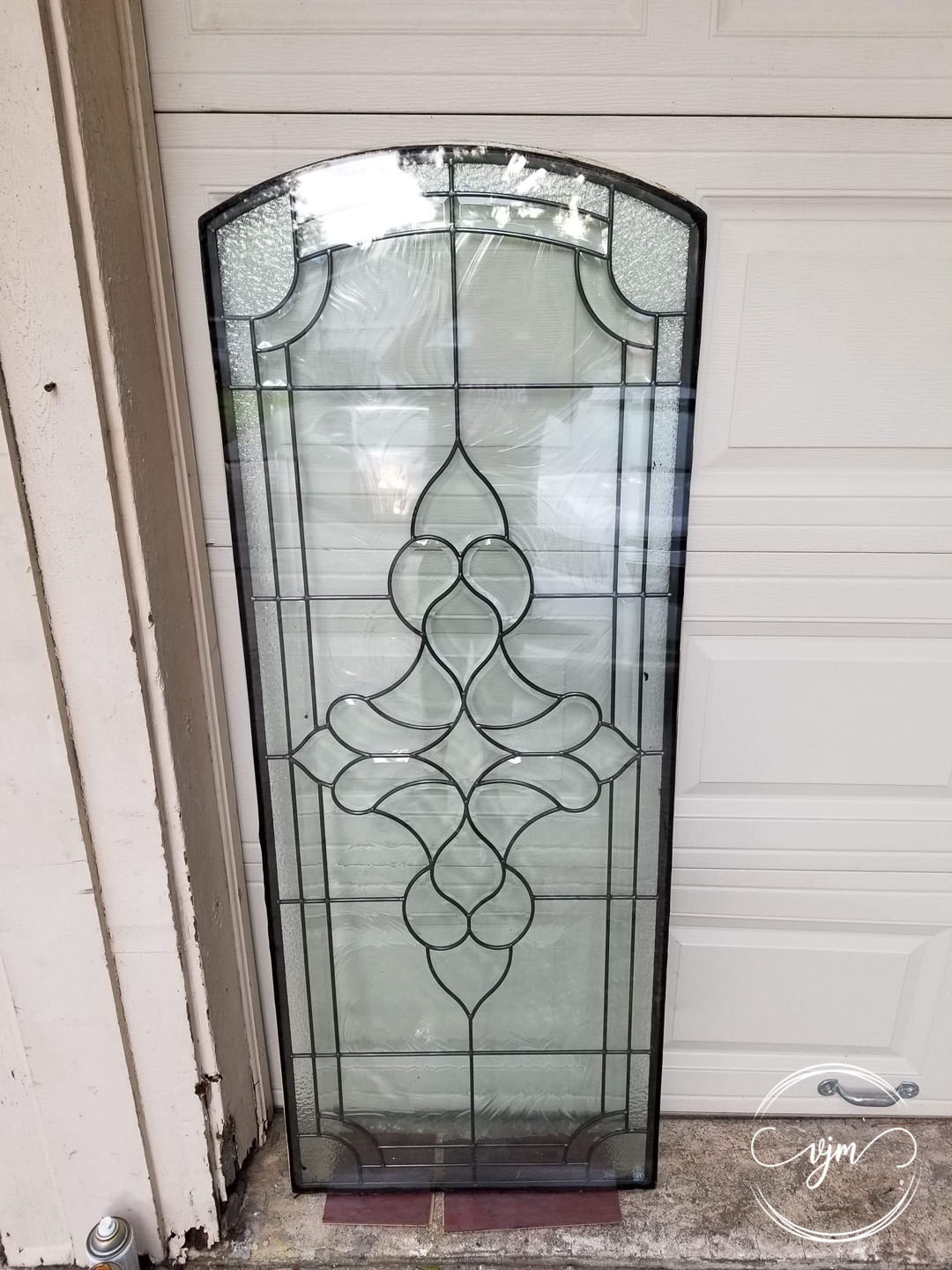 They were beautiful, BUT they were in Houston. For those of you non-Texans, Texas is a HUGE state. We live in Central Texas and Houston is about 3.5 hours south from us. We just happened to be driving to see one of our kiddos that live in Houston that weekend, so we dropped by this guy’s house on our way out of town. He had a garage FULL of them. He was asking $60 apiece for the long church windows. When we were looking at them I saw the half-moon one and fell in love. We negotiated him down to $50 each and bought 2 long windows for the front and the half-moon for the back. I was thrilled with our purchase and on the way home, my husband surprisingly said “wouldn’t it look great with those windows all the way around” and after I got myself up off the floor of the car, I completely agreed. I texted Mr. Window Guy back and asked him if he would give us a deal if we bought 6 more, and he did. My husband drove back the next day and picked them up, so we were ready to go.  As a side note, after it was built, we texted Mr. Window Guy back once more and bought the last two windows he had JUST IN CASE we ever had to replace one.  The first three we bought were $60 each, the next six were $40 each and the last two were $25 each.  We were happy with that deal.  The next weekend, the guys began their building process and I was like a kid in a candy store watching.  They purchased the lumber and had it delivered and I asked them if they could use the lumber side to side to simulate shiplap (because I, like every other Chip & JoAnna Gaines fan in Texas, LOVED shiplap).  They scratched their heads and said they would try, and then when they got back from Lowe’s they had purchased real shiplap for the outside.  Shiplap and leaded glass church windows, I had died and gone to heaven. 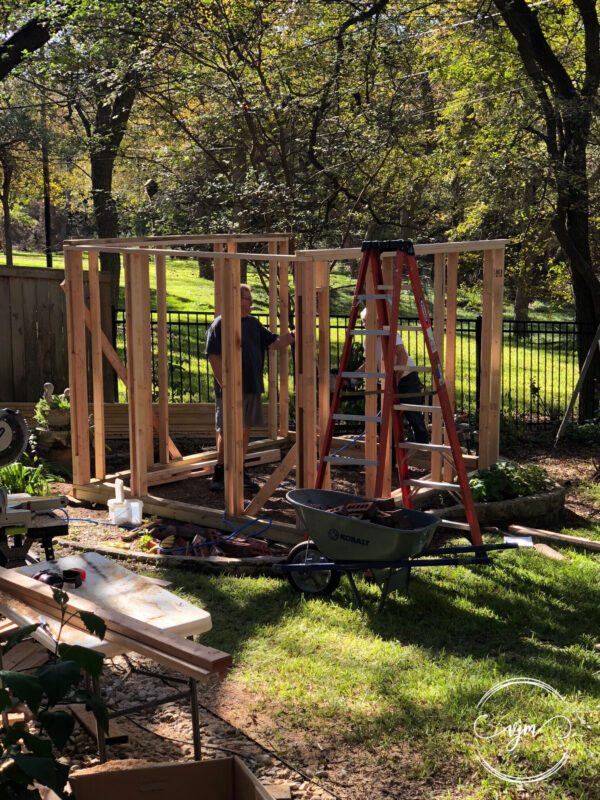 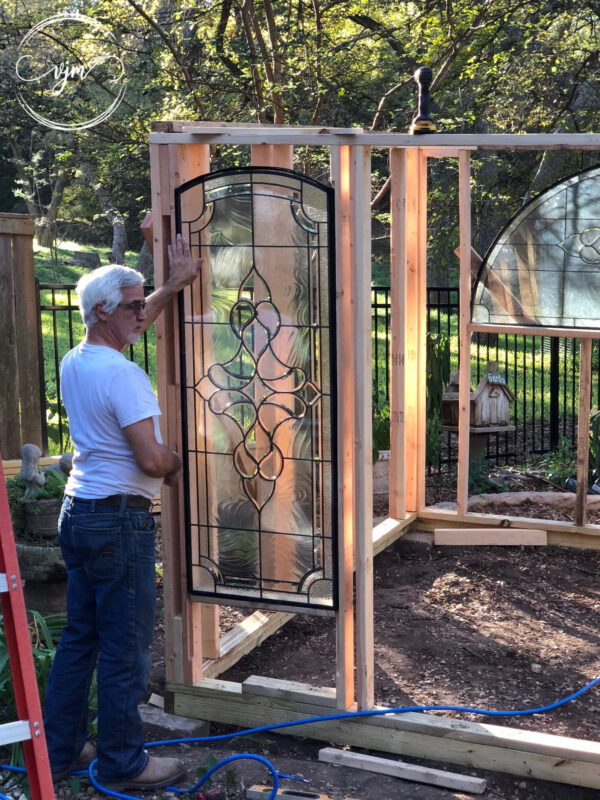 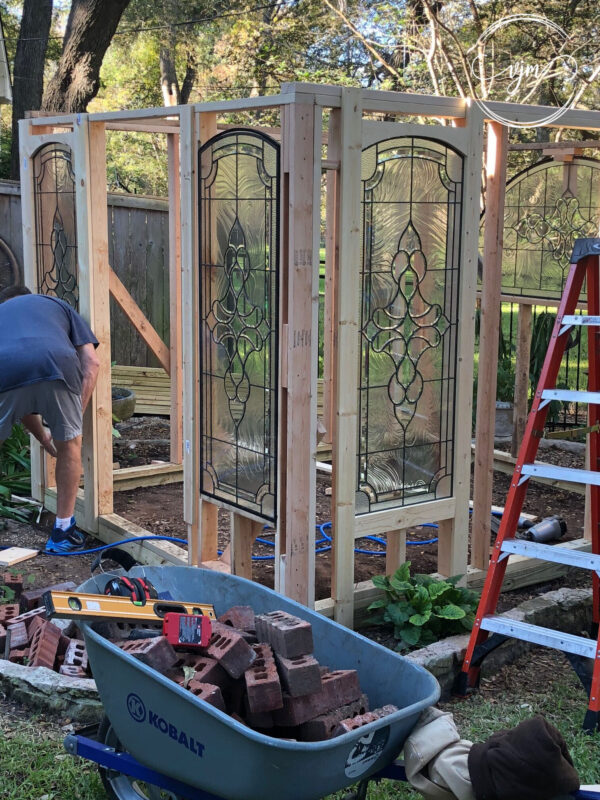 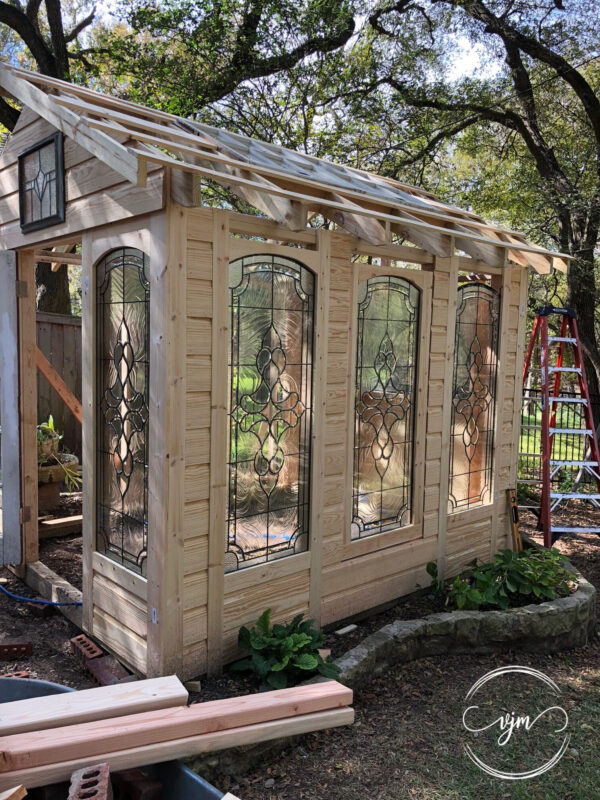 I researched floors and decided to do a brick floor and fell in LOVE with the herringbone pattern, which would mean that I would need bricks, lots of bricks to do this amazing pattern. So off to the FREE sections I went again. Within a few days, I had accumulated a whole bunch of bricks for the floor of my greenhouse.

We first had to level it the best that we could and then put down weed block to set the bricks on.  Then the pattern laying began.  I thought it was going to be really hard, but it wasn’t. The hard part was digging down to get everything level, which to be honest, it’s not level, but hey, it’s a greenhouse, right? Plants live in it and they don’t seem to mind the bricks not being perfectly level.  We finished it up by “grouting it” if you will, with sand, which consisted of dumping sand on top of the bricks and using a broom to sweep it into all the cracks. 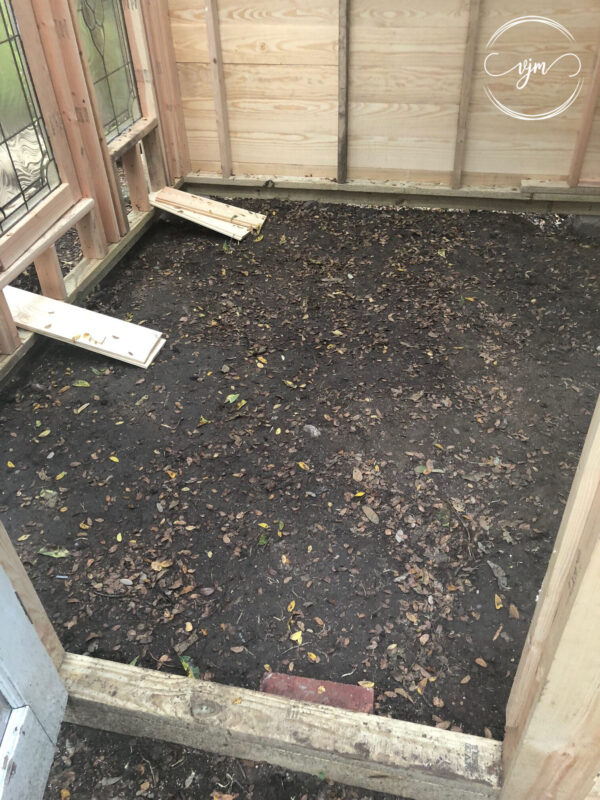 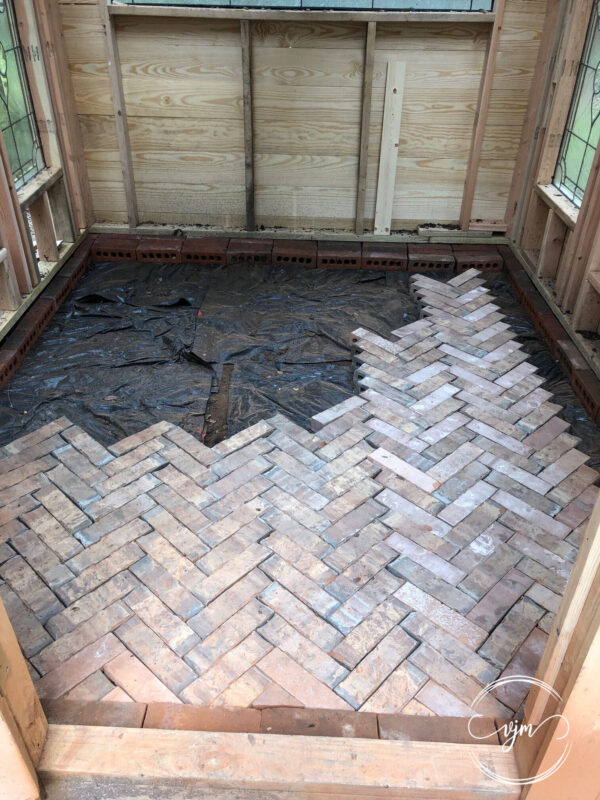 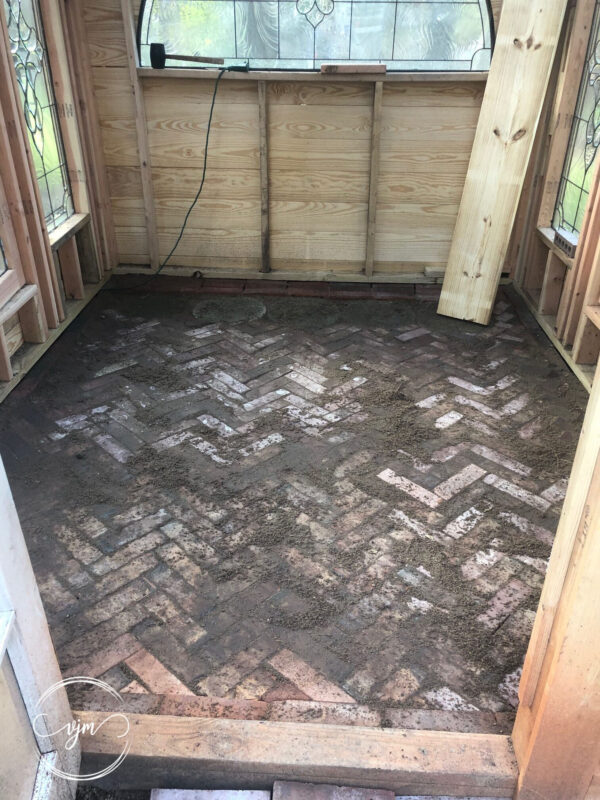 It was a lot of hard work, both physical and bargain shopping, but this small space has been such a refuge for me. I love it so much.

When I first started this account I thought the greenhouse would be very impressive to write about and photograph.  Well, in the Instagram world, mine doesn’t even rank on the charts of beautiful greenhouses.  Some of these structures from my favorite mega-accounts blow my mind and I can’t even imagine bringing plants, water, or fertilizer into them.  But then again, I thank the good Lord for my wonderful little DIY greenhouse, as it’s a working, actual live greenhouse that was built to house my plants during the winter.  It’s not a “she-shed” for me to have parties in, it’s for my plants and that is something to truly be thankful for, which I am. 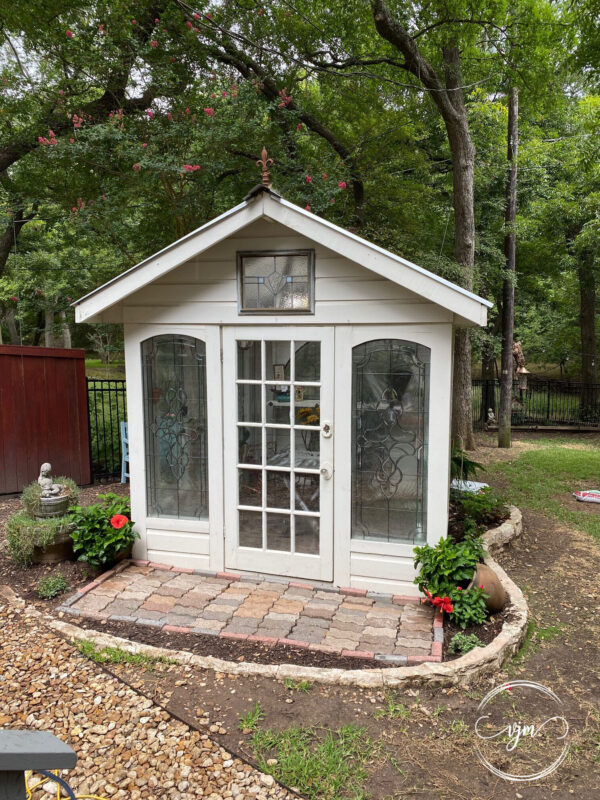 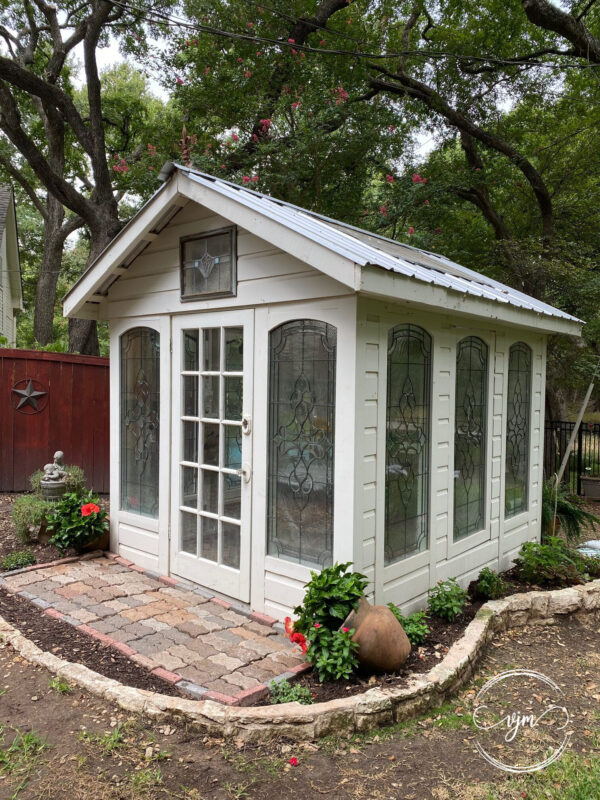 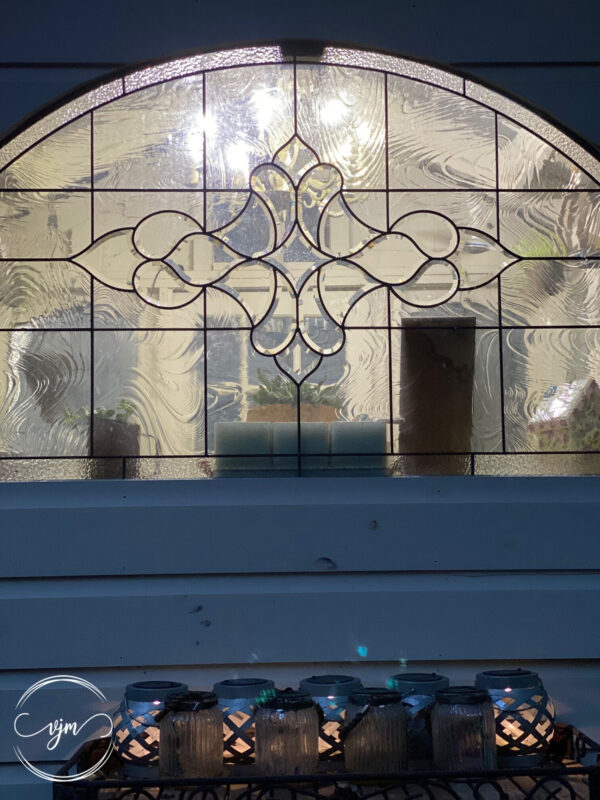 I only wish my mom, Joyce Marie, was here to see it.  She was an AVID gardener and would be tickled pink to see this little house we built.  So much of her went into this greenhouse, all the way from her love of hen and chickens (those are succulents my friends), to the fleur-de-lis on the top from a cross that was in her front yard, to the stained glass over the door that my father made for her, to her vintage french chandelier inside, just in case she can see it if she’s looking down from up above.  Man, I miss her, but I know I’ll see her again someday and boy, will we have plant-talking to catch up with.  Go out and plant something today, get your hands dirty, it is a wonderful exercise for your heart and mind!  Happy gardening! 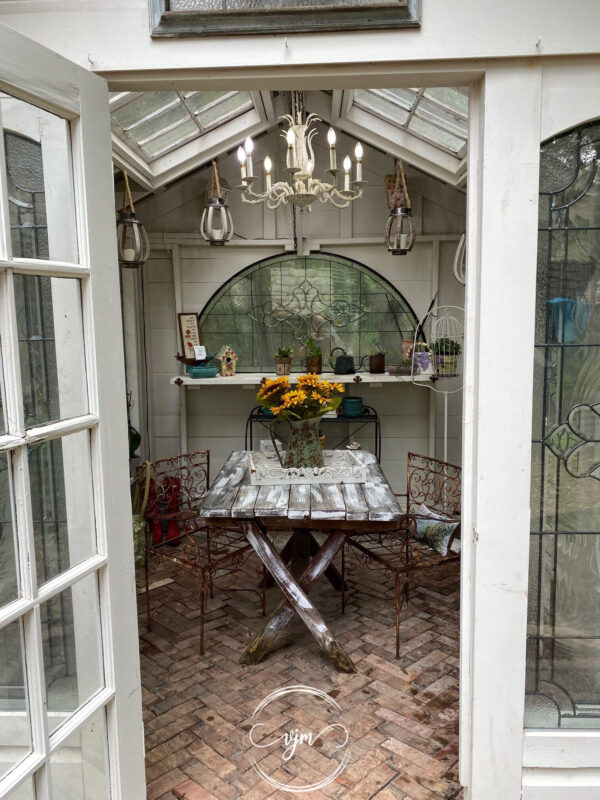 Genesis 1.29 – God said, “See, I give you every seed-bearing plant
that is upon all the earth, and every tree that has seed-bearing fruit; they shall be yours for food.” 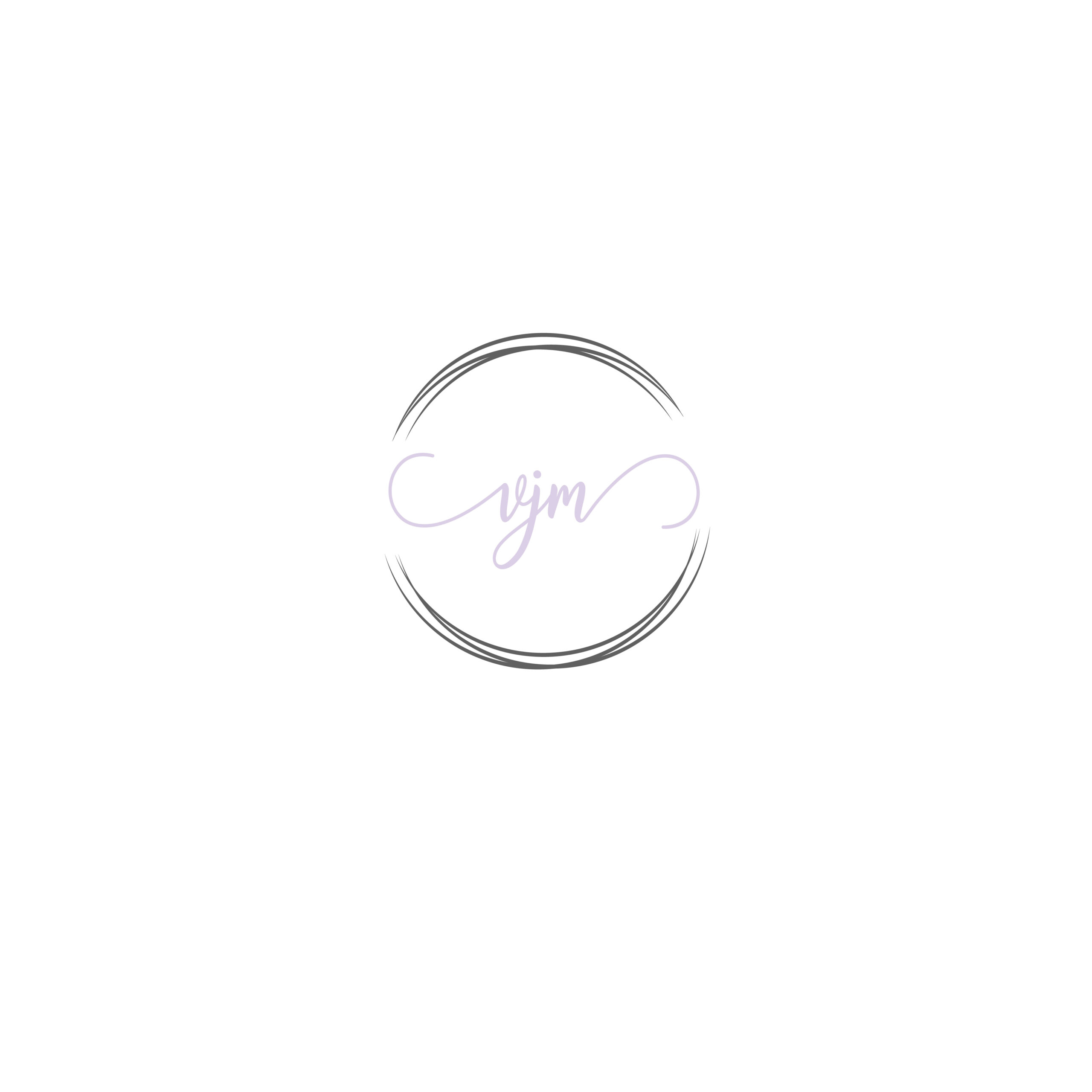 About the Author: Darla

In this blog I will share my love of vintage finds, home décor, gardening, entertaining, our many projects and DIYs. My love of all things vintage was inherited from my mom, Vintage Joyce Marie, and I am inviting you to join my journey and have some fun while I share vintage love, blessings and life happenings. God bless you all and thanks for stopping by! 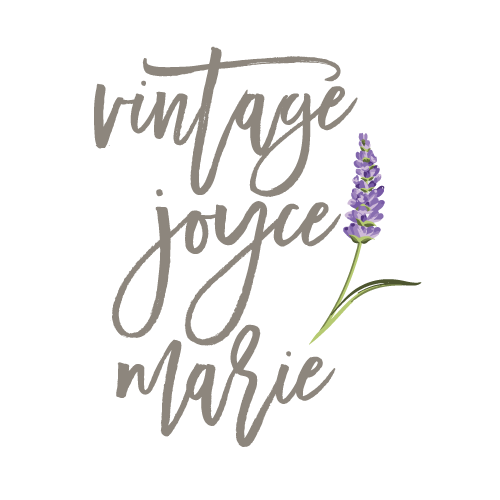